Within today’s modern society we like to have everything when we want and have it at any given time. Growing with that trend, modern fast food places like McDonald’s and In-N-Out Burger have giving their consumers that very thing. Even though In and out and McDonald’s have been around for years, both vary their menus and the way they appeal to their consumers with the change of time. On the west coast, In-N-Out is favored more than it is on the east coast.While McDonald’s is a worldwide company, with restaurants open in France, China, Iraq, and also America.

Who is the better franchise; it is time to find out. The American hamburger is an American classic and the most recognizable menu item in the fast food industry. Even though there are many different takes on the types of meats, toppings, and dressings used, the hamburger has been a restaurant regular and historical favorite of both children and adults. The hamburger can even bridge cultural and religious divides. 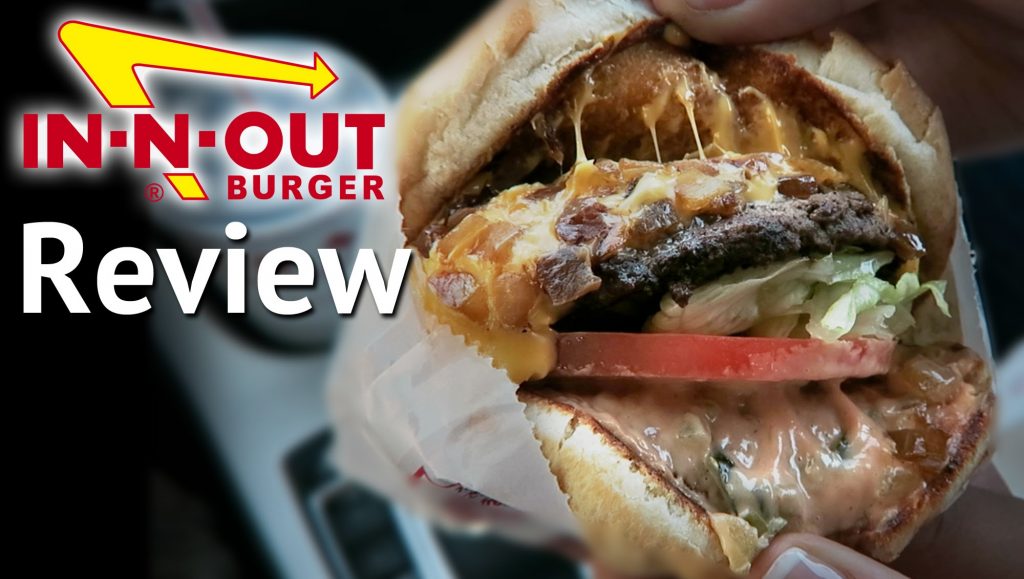 It can unite the masses, and with that being said many people agree that all burgers are not created equal.

While McDonald’s is synonymous with happy childhoods and those long bumpy road trips, In-N-Out caters to the majority of young adults past the age of fourteen desires a more sophisticated burger. McDonald’s Quarter Pounder with cheese is the most popular hamburger at the famous fast food restaurant. Before people try In-N-Out, the Quarter pounder brings as much joy to people as any burger could.The half pound of beef drenched in cheese, stuffed between a sesame seed bun, garnished with thick cut onions, and a squirt of ketchup are a stunning combination for any occasion. Unfortunately, it is also usually waiting for customers before they even have a chance to order it.

On an off day the bread can be stiff, the meat is dry and the cheese is slick. The dehydrated shredded lettuce is poured from plastic bags daily. Customers found a way around this by masterminding a creative way to receive fresh food from McDonald’s, special order.By requesting a hamburger with extra ketchup, a Filet O’ Fish with extra tartar sauce, and French fries with easy salt, consumers have ultimately forced the king of burgers into making fresh food.

While this is a tried and true technique, unfortunately it doesn’t work one hundred percent of the time. The alternative to gambling with pre-cooked burgers is In-N-Out. With an uncomplicated, no frills menu, In-N-Out Burger specializes in burgers, fires, and their famous shakes. Their one and only focus is burgers-not chicken, fish, or salads; it is a carnivore’s dream.All of the ingredients are made fresh every single burger is made to order. Their signature gristle-free beef is never frozen, the hand leafed lettuce is crisp and fresh, the tomato slices are plentiful, and the buns are always soft and lightly grilled on the inside of the bun.

The end result is a multi-ingredient masterpiece called a “Double Double” that contains two juicy beef patties smothered with two pieces of cheese, Thousand Island dressing, crisp lettuce, and plump tomato rings stuffed inside of a fluffy bun.Although In-N-Out burgers are pure perfection as is, consumers have been prone to order something that is off the menu (but well–known) called “Animal Style” (extra dressing, grilled onions, and pickles). Quite frankly, more than half of their most popular items are off the menu, shrouded in secrecy and urban legend. On occasion customers have ordered another secret item called the “Protein burger”, which is a carb-free “Double Double” wrapped in a full lettuce leaf.Even more secret burgers can be found by simply asking about the “Three by Three” or “Four by Four” that contains three or four patties and the same amount of cheese on either. The Flying Dutchman is simply two meat patties and two slices of cheese; it includes no bun, vegetable, or spread.

Other secret items include: grilled cheese sandwiches, meatless burgers, root beer floats and chilies. Comparing McDonald’s and In-N-Out’s fries, there is one clear victor. In-N-Out fries are peeled and sliced right in the restaurant for your viewing pleasure; they are meatier and fresher than their competitor’s infamous fries.The signature burger, fries, and real ice cream shakes cause traffic jams to the point where a cashier equipped with a PDA-style device greets you before you even pull into the drive-thru to head off the onslaught of eager customers.

Ironically, both restaurants are competitively priced, but the quality of In-N-Out far surpasses McDonald’s famous menus. From a practical standpoint, cleanliness is an important part of the fast food industry, not only in the restaurant image, but also health safety of the customer.If customers received a dollar every time they ate or entered a McDonald’s, they could probably buy a franchise themselves. Sadly, most McDonald’s restaurants from Los Angeles to New York look the same, somber and bleak. In stark contrast, In-N-Out Burger painted sterile white inside and out, makes their restaurants look refreshingly clean and bright. In-N-Out’s fire engine red sign catches customer’s eyes as they drive along side of the famous restaurant.

The employees are super friendly and accommodating at all times during the dining experience.McDonald’s serves its purpose in the middle of nowhere because of its familiar brand name, but it’s not usually a true hamburger aficionado’s first choice. Customers have driven over ten or fifteen miles, passing several McDonald’s in order to get to that little piece of ecstasy nestled in a piece of wrapping paper and a white envelope. Just the smell of a freshly grilled burger permeates your nose, and drowns your senses. If In-N-Out Burger’s are tried just once, there will be no doubt that the consumer will be a couple of times a week. Lee, R.